It's Been A Time: The Six Months Recap No One Asked For

- February 21, 2020
It's been seven months since I last posted to the blog. A lot has happened since then -- some good things, some bad things, but a lot of *life* things that more or less elbowed out the time I might take for reflection in a blog post. To be honest, I'm not quite sure I've gained that time back at this point, but I feel the need to do this kind of writing again. We'll see how it goes -- I don't know if I'll post regularly or on any kind of a schedule. I'm just going to focus on this one post right now. 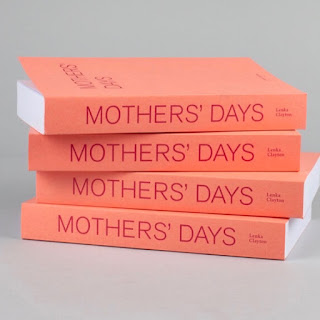 My last post (from July 2019) was about the absolutely wonderful, and successful, Artist Residency in Motherhood (ARiM) that I shared with my friend and colleague M.S. The week after the residency I participated in a project run by ARiM's creator, Lenka Clayton: she asked for mother-artists to submit a record of a single day, July 15, 2019 -- and she said that she would select a number of them and compile them in a book that would be part of the inaugural exhibition at the University Art Museum at New Mexico State University. My selection -- about a day which started on a comical note, chasing our hound puppy around the neighborhood, and then ended on a somber note, with news about my aunt's passing -- was chosen for inclusion in the book. I'm pleased to be part of an art exhibit, which is something new for me, and eager to read the rest of the entries. (There's a PDF version available here but I'm waiting for my physical copy to arrive.)

In August my first full-length collection, Fabulous Beast: Poems, was published. This was, as you might suppose, the realization of a long-held dream and the culmination of many years work writing, revising, and submitting. The first of two launches/release parties was held at Bard's Alley bookstore in Vienna, Virginia. It was small and intimate, like the book store, but filled with so many faces I was thrilled to see again after half a lifetime of residing in New York.

The night was shadowed, however, by my brother-in-law's recent admission to the hospital -- we'd just returned from a family vacation to the Outer Banks of North Carolina, and in the week that followed he and my sister spent almost every waking moment packing up their old home so they could move into a new one. It turned out that he caught strep at the beach, which was complicated with walking pneumonia. Coupled with a handful of sleepless nights and stressful days, he turned septic, and the following weeks were, well, rather agonizing for our family. We almost lost him. Thankfully the doctors eventually found the drugs that eliminated the sepsis, but he spent literal weeks in the hospital. Probably the most important of the "bad things" I mentioned above.

I'm not going to recount the entire half year in this post -- but I'll end with some of the good things: A second book launch in September on Long Island, on my birthday, with friends and family. A trip to Austin, Texas with our children -- the first time we'd attempted any kind of family vacation like this -- which coincided with the Texas Book Festival, where I signed some books and met more members of Texas Review Press. And a return to the Pen Parentis Annual Winter Poetry Salon, this time with the full-length Fabulous Beast (the last time was with my chapbook), which was celebratory and gratifying and an excellent introduction to some new (to me) fellow parent-writers.

I'm writing new poems and slowly editing my new manuscript, and also applying when and where I can to post-publication awards. I'm trying to support the book and promote it whenever possible without being obsessive and unbearable. The difficulties in securing reviews is a little depressing, but that's offset by the fact I've received some lovely feedback recently -- informally and mostly from strangers, but cherished all the same.

Isn't that really why one writes, and then publishes? In the hope that someone out there is listening?