Showing posts from January, 2018
Show all

Living with Your Work 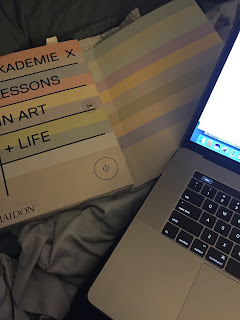 "STOP MAKING 'ART' AND START MAKING YOUR WORK. This is at the top of the list for a reason -- namely, because it's so easy to make things that look like art, act like art, get sold like art, yet in the end aren't really art, but are phantoms, mere commodities or quantifiable, digestible sound bites. And unfortunately, you'll be encouraged to do this. In general, these are the things that art schools and the art world push you to make because they're legible and can be spoken of in ways that make sense to everyone: collectors and curators alike. This "art" has the correct visual markers and can slip easily into exhibitions and catalogue entries. At first, it seems really exciting to play this game, and it could get you a lot of mileage if you play it right, but in the end, these are really boring things that don't have a lot of depth to them. Try to resist this approach, because it's unsatisfying in the long run. Be prepared to be unpopul
Post a Comment
Read more 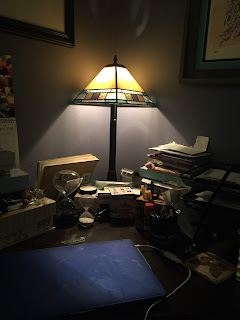 Friday I received news that yet another of my spring semester classes wasn't going to run because of low enrollment. So for the second time this month I had to change my planned office hours and email the bookstore about textbook orders and do some kind of triage with the little bit of class prep I had managed to do before this point. I suppose the one good thing about being drastically behind in terms of class prep is that you haven't wasted *too* much time when those classes are canceled.  It's generally brighter and less cave-like during the day. In some ways my new teaching schedule is far more simple -- I'm teaching two sections of Intro to Lit, which is usually one of my favorite classes. However, I've always been wary of teaching two sections of anything -- everything feels a little more stale by the second time around. Also, I have to teach three classes back to back on Tuesdays and Thursdays now, which is exhausting and laborious and generally so
Post a Comment
Read more

I Don't Like Surprises (Apparently) (Unless They Involve Puppies. Puppies are Cool) 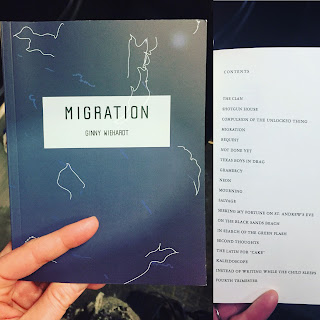 This week has been a strange one. Actually, the month has been a little strange thus far. As per usual, I had "big plans" for January -- lots of writing, reading, and preparation for the spring semester, along with getting my household in order. Also as per usual, too, none of that happened. Or, it has yet to happen. (I mean, perhaps I should be optimistic. We're not quite at the halfway mark, right?) A. was told at the end of December that he was being sent to Puerto Rico for a month -- and they told him, yeah, right after New Year's, be ready to go. And then New Year's passed, and he was still here. He was happy about that, but also a little exasperated. They gave him a new date: Thursday, January 18. And then yesterday he received a call on his way to work, oh, we might leave tomorrow. Friday, January 12. Be ready.   And, naturally, nothing was ready. So A. called me, asked me to help him with some laundry and errands so that he could pack quickly
Post a Comment
Read more 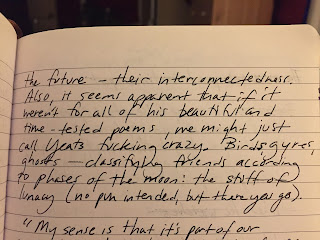 Sometimes -- okay, most of the time -- these things (submission & publication statistics) can be depressing. They are helpful, however, when you're trying gain an unbiased, more or less accurate perspective of where you stand -- or if you stand, period -- in the writing world.  For instance, in 2017 I submitted my book manuscript to 41 contests and small publishers and garnered zero acceptances. Yes, that's depressing  -- particularly because of the rejection of a little book I love and believe in, but also because of the amount of money I spent on entry fees. Out of those rejections, however, I managed to gain some acknowledgments or recognition. The manuscript was a semi-finalist in five different competitions and a finalist in three others. (Making a total of eight semi-finalist and five finalist nods since I first began submitting the book.) And for more on the topic of spending $$ for a chance to publish, please read Rachel Mennies' excellent article &q
5 comments
Read more
More posts