Showing posts from December, 2018
Show all 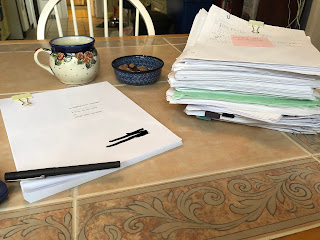 I solidified my Mother of the Year status by forgetting I'd volunteered to help at the Holiday Cookie Decorating Party in Little Miss Talkalot II's kindergarten class Friday morning. BECAUSE I'M A GENIUS AND A GOOD PERSON. She wasn't traumatized. I think that by now, at the wise age of 5, she recognizes that everyone else's mothers are far superior, better and more capable of this parent-y stuff, than her own mama. The missed cookie appointment put an appropriate cap on a very very very tiring week, as I attempted to manage my own anxieties about the end of the semester and also talk my students off of various metaphorical ledges.  One of the more mystifying aspects of this semester is finding out how many of my students just didn't bother to submit major papers. Like, finally going through the grades and seeing the holes, and then going back to those students (who are usually "good" students in the sense that they keep up with reading an
Post a Comment
Read more

Germs and Grades and Emails, Oh My! 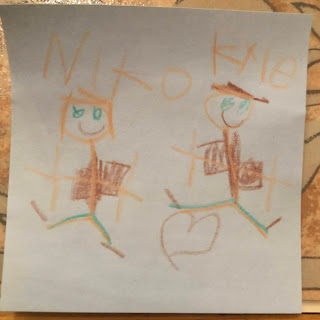 This week featured only one day of teaching, thanks to a fantastic virus that struck Little Miss Talkalot II. I guess her body was already kind of run down from having that 24-hour stomach virus the week before, because she came down with a fever on Monday and it didn't leave until yesterday. 72 hours of fever is a little extreme in the kid-world. After a week with me, she's ready to return to school now. As a result, I've worked a little bit on my play (reformatting, mostly, into an old-fashioned standard script form -- which is really, really counter-intuitive and highly fucking annoying, but necessary if I'm going to start submitting the thing) and very little on poems. The rest of my time has been divided between running between the kitchen and the living room for Little Miss Talkalot II, who -- despite being feverish and congested and generally miserable -- still had an immense appetite, and sending and answering emails in an effort to keep the last weeks
Post a Comment
Read more 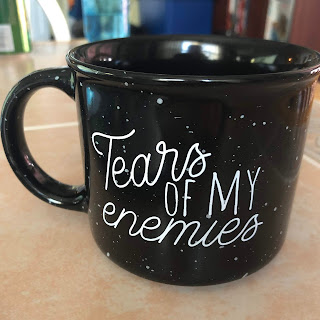 Kristy Bowen, founder, editor, and publisher of dancing girl press , wrote this blog post about her writing habits since earning her MFA, and even though Bowen and I lead very different lives in terms of particulars, I found this passage resonated with me especially: Other related things were happening during this time- -girl show , my thesis mss, which was rendered adrift when Ghost Road went under in 2010, was picked up by Black Lawrence and slated for publication.  Noctuary solicited shared properties.. . and released it in 2013.  The JF poems were a huge success when Sundress published them as an e-chap.  All of which drew me out of the funk I'd been in for awhile and made me less likely to doubt my commitment to sparkle motion. I felt more like a poet again--so I guess I started to act more like it. But even still that pace, since around 2013, has been much slower and less productive than this year all by itself, and I feel like it's for a very simple and r
Post a Comment
Read more
More posts